This study examines students’ paths following their enrollment in the Division of Undergraduate Studies (DUS) at Penn State University Park. The study highlights two cohorts of students. The first cohort—called the Originators—includes students admitted as first–year students in fall 2008 to the Division of Undergraduate Studies at University Park. The second cohort—the Incomers—is composed of students who changed during fall 2008 into the division at University Park from another Penn State enrollment unit. The data show that both Originators and Incomers to the division successfully graduated within five years and persisted in the academic college chosen immediately after their enrollment in the division.

1some students earned more than one degree

*some data may overlap, e.g., a student may have been dropped for poor scholarship and may also have left Penn State with CGPA < 2.0

*some data may overlap, e.g., a student may have been dropped for poor scholarship and may also have left Penn State with CGPA < 2.0 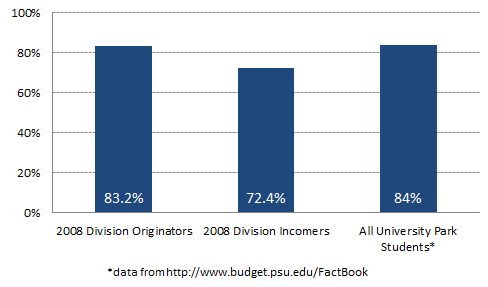 College of Graduation of Fall 2008 Originators 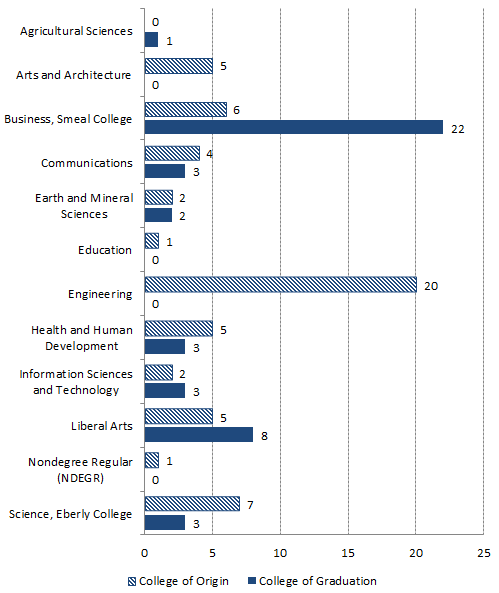 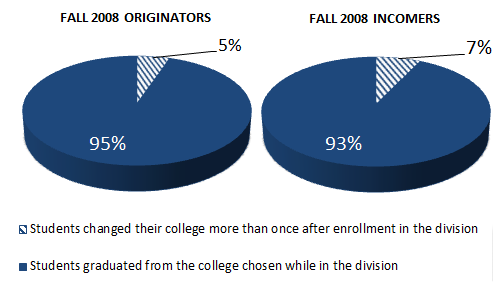 The number of students in the 2008 Originator cohort graduating from the Colleges of Arts & Architecture and the Eberly College of Science increased while the number of students graduating from all other colleges decreased. The Smeal College of Business, Health and Human Development, and Liberal Arts consistently graduate the most students in the Originator cohort.

Three–year comparison of Originators and Incomers 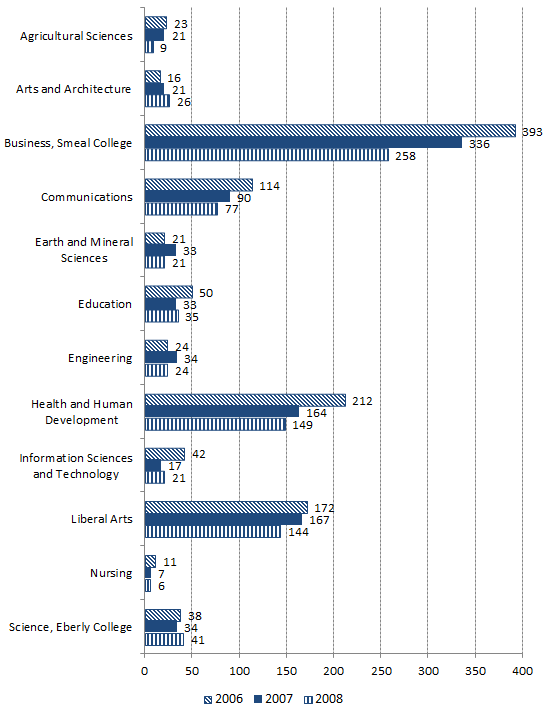 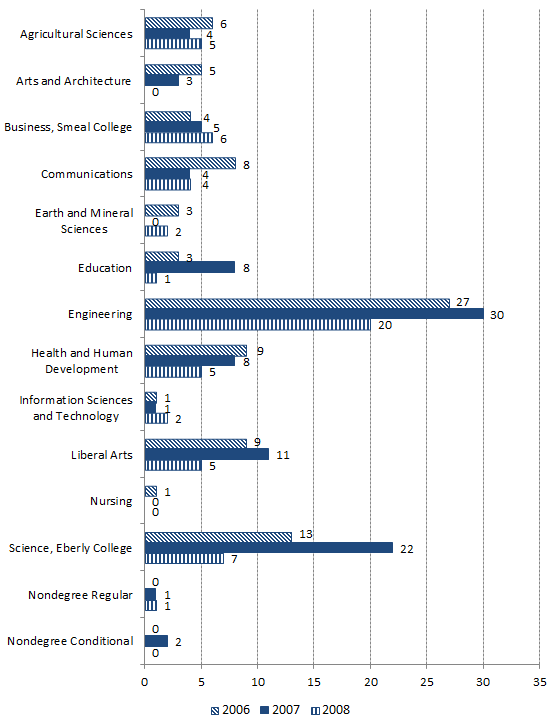 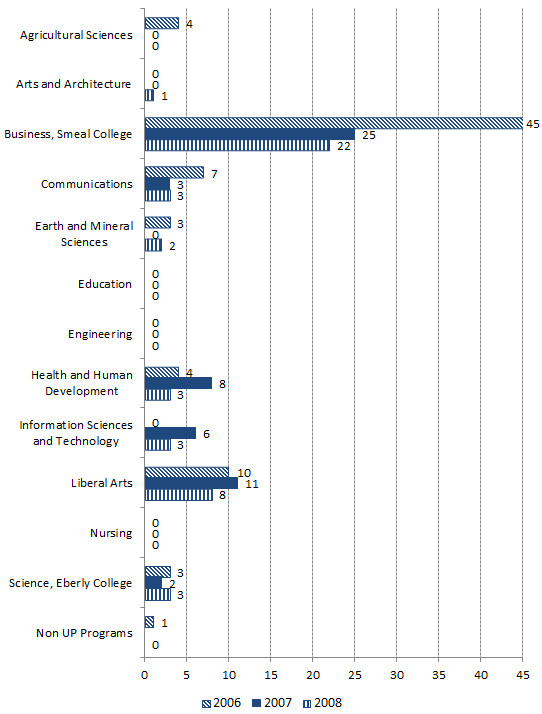 Office Hours: 8:00–5:00 p.m. Eastern Time (ET). All appointments are scheduled based on ET times. If you live outside of ET, please be aware of the time difference when scheduling your appointment.