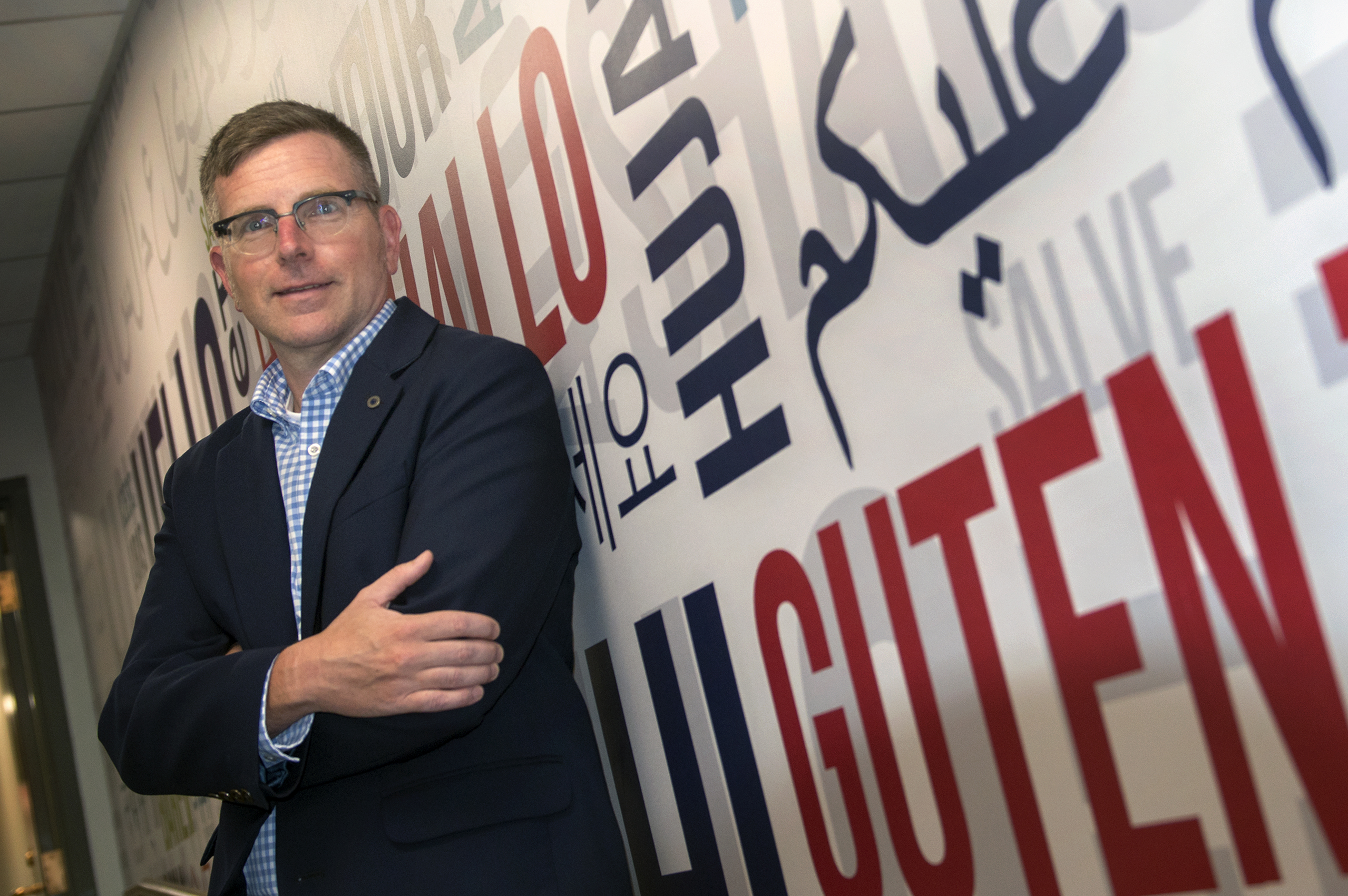 David R. Smith assumed the role of Associate Dean for Advising and Executive Director of the Division of Undergraduate Studies at Penn State in September 2013.  Prior to accepting this position, David worked for more than 15 years in the Office of Student Academic Affairs at the University of Michigan.

David’s professional work at Michigan involved many different responsibilities, but all focused on various aspects of undergraduate education.  As Deputy Assistant Dean for Student Academic Affairs at Michigan, he was directly involved in helping to shape policies that enhanced and supported the undergraduate experience of the more than 17,000 students in the College of Literature, Science, and the Arts.  Among some of the specific aspects of David’s work at Michigan included developing internship opportunities for undergraduates, promoting academic integrity, counseling instructors on strategies for managing and resolving classroom concerns, helping students navigate various challenges occasionally encountered on the path to earning an undergraduate degree, serving on the student-athlete welfare committee, and providing leadership and direction to the College’s academic advising program.

In the capacity of Associate Dean for Advising and Executive Director of the Division of Undergraduate Studies (DUS), David is responsible for overseeing one of the largest enrollment units for first- and second-year students at the Pennsylvania State University. This includes providing leadership for enhancing the delivery of academic advising to exploratory students and for representing DUS within the Administrative Council for Undergraduate Education, a collaborative council representing all colleges, enrollment units, and campuses at Penn State.  Additionally, he holds a seat as a Senator in the University Faculty Senate, provides leadership on the implementation of a student success strategy, and is a member of Commission for Adult Learners.  At Penn State, David’s primary focus has been to advance the quality of the undergraduate experience and to focus attention on institutional responsibilities for student success.

Through his professional career, two of his favorite roles have been serving as the academic adviser for the Individual Concentration Program (ICP) and as a lecturer in history, where he taught courses on American foreign policy and the Vietnam War.  Through the Individual Concentration Program, he was able to work one-on-one with students as they designed their own educational paths.  As a lecturer in history, he enjoyed engaging students in the classroom with primary documents and through lively discussions of varying perspectives on the past.  Moreover, as a Global Intercultural Teaching Fellow he led numerous groups of students to Vietnam where they actively thought about how societies rebuild from war and conflict.

A former Fulbright Scholar, David recognizes the value of international education and is a strong proponent of developing cross-cultural competencies.  His co-authored book, Permeable Borders (University of Pittsburgh, 2005), was awarded the Albert B. Corey Prize jointly by the American Historical and Canadian Historical Associations.

A Michigan native, David earned an undergraduate degree from James Madison College at Michigan State University before completing his doctorate in history at Wayne State University in Detroit.  He currently lives in State College, Pennsylvania with his wife and daughter.   When not in State College, they can be found spending quiet days near the Straits of Mackinac in Michigan’s Upper Peninsula.

Office Hours: 8:00–5:00 p.m. Eastern Time (ET). All appointments are scheduled based on ET times. If you live outside of ET, please be aware of the time difference when scheduling your appointment.